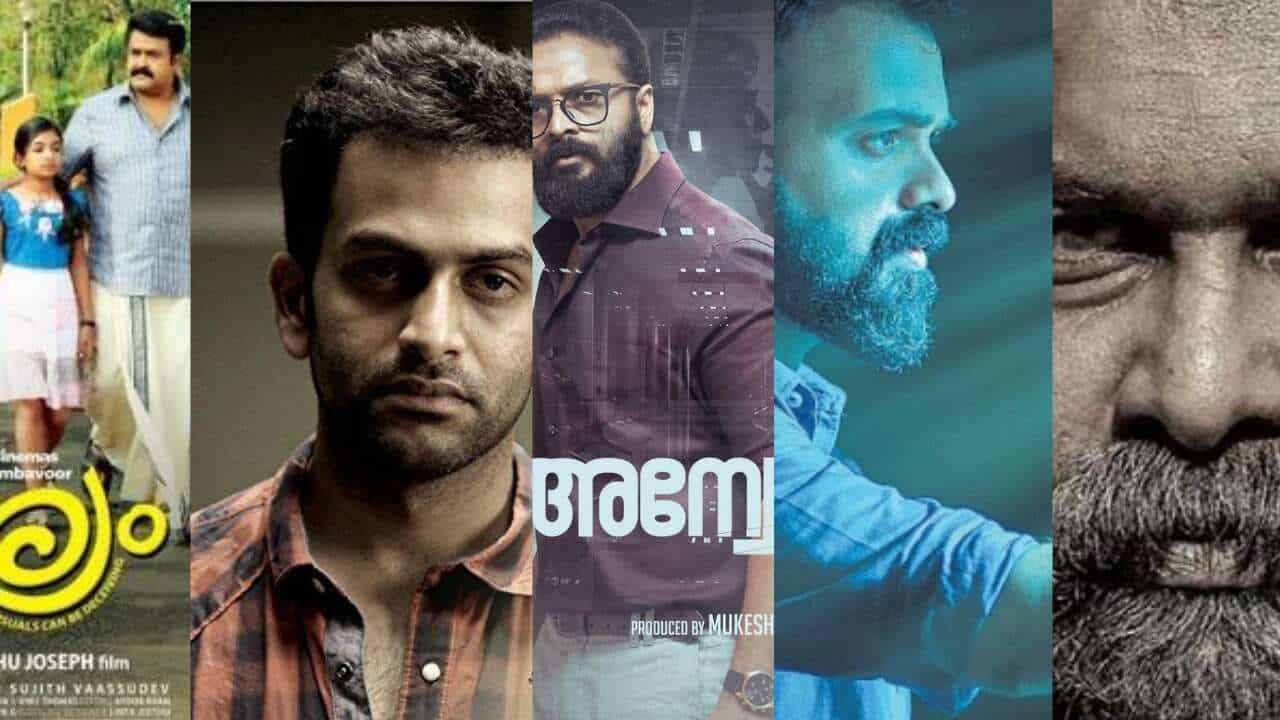 Hello all, We know movies are a great source of entertainment and thriller genres that keep you on the edge of your seats. Today we will be discussing some of the 10 top Latest Malayalam Thriller Movies. In the List below we tried our best to figure out the best top Malayalam thriller movies which are released after 2010

Since the last few years, the Malayalam Film industry has given their audience a few thrilling movies that can stick us to the seat till the very last scene. One impressive thing about Malayalam movies is that they are very realistic and natural we can’t see anything unnatural, yet they manage to surprise us. Malayalam Movies, especially in the Thriller genre, have expanded their viewer base to the whole country With the introduction of OTT platforms. For those who want the true cinematic watching experience, there is no doubt that they can go with the Malayalam Movies.

Anjam Pathira, one of the best Top Latest Malayalam Thriller Movies of 2020 directed by Midhun Manuel Thomas revolving around a serial killer who targets policemen. Anwar Hussian (Kunchako Boban), A Psychologist gets involved in the mystery with the help of his friend Anil (Jinu Joseph) Who is a cop. Finally, they can hunt down the motive and the life of the killer.

Akhil Paul’s and Anas Khan’s Forensic is a Psychological Malayalam thriller movie, the theme of the movie serial killer who is targetting little girls, Samuel John Kattukaran(Tovino Thomas) A Forensic Personnel, who is assigned to the case. They fetch clues from the past and it’s not a long-run drama

Jeethu Joseph’s Memories, Top Latest Malayalam Thriller Movies of the year 2013 Prithviraj Sukumaran has done the leading role of an efficient police officer, Sam Alex who went through a family tragedy finds himself addicted to alcohol. Later he was assigned to the investigation of a serial killer. It’s a must-watch movie of Malayalam Thriller movies.

Another Jeethu Joseph’s Movie, a Blockbuster Malayalam Thriller Movie Drishyam tells about an ordinary village man living a peaceful life with his family, later they’re accused of a crime that turns things upside down. It shows the journey of Georgekutty(Mohanlal) and his efforts to protect his family. The police officers end up arresting George Kutty, but they aren’t able to solve the case anyway.

Joseph movie one of the fantastic Malayalam Thriller movie explores the life of retired police who is very intelligent and has exceptional skills in decoding crime. He gets involved in a case that was led by the accidental death of his ex-wife and later on investigation reaches a bigger plot. He betrayed himself to solve the case as he got nothing to lose.

Vettah is an investigative Malayalam thriller Movie by Rajesh Pillai. During the investigation, it turns into a revenge plot. Policemen were easily able to find the culprit Melvin within time. He forced police officers to arrest him. Later he manipulates different stories during the investigation which leads to surprising events.

First marvelous Malayalam Thriller Movies released in OTT in 2021 and become a bumper hit in the Malayalam film industry. The second part of the first movie, this story tells about the events after six years. This case was unsolved anyhow, but police officers still managed to reinvestigate the case secretly. George Kutty was still aware of anything that is going to happen. He was three steps ahead of police officers. Still, in the end, going through dramatic events, they weren’t able to solve the case. From the director, the third part is also confirmed.

Anveshanam, Starring Jayasurye the story kick starts when the police receive anonymous turn maltreatment, which was reported from a hospital. They also learn that on the night, the child was reportedly admitted to the hospital for a slump from a staircase. The police officers get confused as they couldn’t decide whether it’ was an accident or a crime.

Roshan Andrews’ Mumbai Police Suspense Thriller Malayalam Movie, revolves around the lives of three cops, a carefree officer in Antony Mosses (Prithviraj Sukumaran), Aaryan John (Jayasurya), and Farhan (Rahman). The movie starts with an accident scene that results in the memory loss of Antony Mosses. After his condition back into the investigation knowing that he had solved the case just before the accident.

7th Day is one of the Top Malayalam Thriller Movies. it is a story of puzzling deaths, missing people, and an IPS officer, David Abraham, the protagonist who is in pursuit of the motive. The story twists around David and a group of friends who are in a mess as they are caught in a whirlwind of unfavorable events occurring one after the other. Also, those mysterious events seem unrelated, there’s a build-up of tension that results in an awesome climax involving the IPS officer and therefore the bunch of friends (one of them dies under mysterious circumstances).

We had tried our best to include all the best Malayalam movies that can thrills you till the end. Please try to watch all the movies from their official platforms.

Disclaimer: Piracy of any original content is a punishable offense under the copyright act. SomaliUpdate strongly opposes piracy. We neither support nor promote any torrent/piracy website. Time and again we are reminding you that downloading/streaming movies from piracy websites may land you in big trouble. We strongly recommend you stay away from piracy sites. There is always an option of legal sites like Netflix to watch the series.