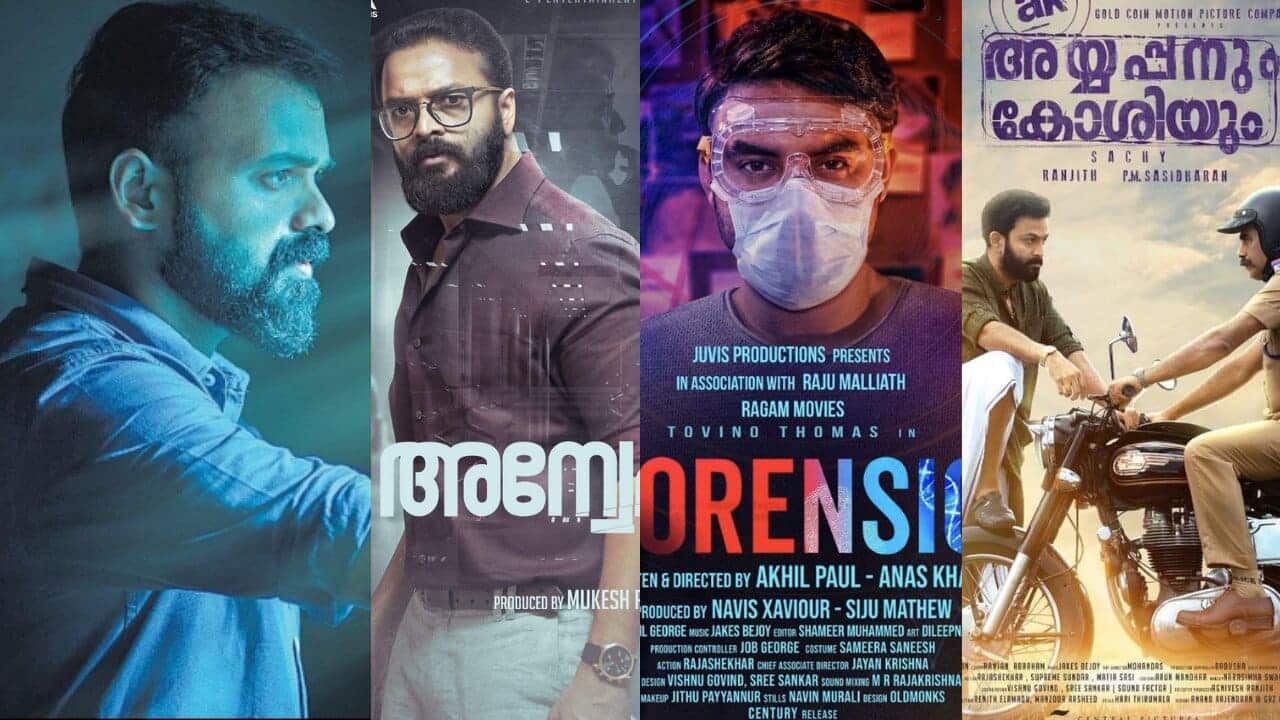 Today we are going to discuss the must-watch Best Malayalam thriller movies 2020. Malayalam film industry not only Malayalam all film industries faced a huge loss during the year 2020 due to covid pandemic. Due to this, all movies other than the one released before march were forced to sell their movies to OTT platforms rather than releasing them in theatres. Malayalam movies always show their skills and originality in their movies. In one way we can say that they are more realistic.

In 2020 a couple of suspense thrillers, crime thrillers were released on theatres in early 2020. Anjaam Pathira, forensic was marked as the box office hit crime suspense Malayalam thriller movie for the year 2020. Here we are going to provide you the best Malayalam thriller movies 2020 in the order of their rating. We are listing only the best movies, please comment your suggestions.

After committing an unintentional murder Sachidanadan was sent to juvenile home. After releasing from juvenile home he was shocked by the thing that has happened to his family. He has to fight against a powerful drug racket in the city to save his family

Boss (Mammootty) is a ruthless moneylender who is responsible for the majority of the film’s funding. He’s also a movie aficionado. Prathapa Varma (Kalabhavan Shahjohn), a well-known film producer, defrauds Boss by failing to repay the money he borrowed from him and then ignoring his phone calls. Boss, on the other hand, retaliates in an unimaginable way, causing Prathapa Varma a great deal of trouble. With the aid of his close buddy Felix John (Siddique), the city police commissioner, the producer resolves to remove the moneylender off his path. Boss, on the other hand, has his own reasons for messing with Prathapa Varma. The plot revolves around what happens next.

Aravind receives word that something unexpected has happened to his family and that he must get to the hospital. What he finds awaits him as he is quickly drawn into a quagmire of questions to which he must battle to find answers.

Anas Khan and Akhil Paul directed Forensic, a Malayalam thriller drama released in 2020. Tovino Thomas and Mamta Mohandas play major roles in the film. Jakes Bejoy wrote the soundtrack for the film. The story focuses on the Kerala government’s forensic department. Reba Monica will also appear in the Tovino-directed film.

Dr. Samuel John Kattookkaran (Tovino Thomas) is a medico-legal adviser for the Kerala Government’s forensic science lab. He is tasked with assisting Rithika Xavier IPS (Mamta Mohandas), the city’s top investigating officer, in the investigation into the city’s serial murders of young girls. Despite their apprehensions about working together, Samuel and Rithika do their best to find the killer. The plot revolves around what occurs next.

One of the Best Malayalam thriller movies 2020. The narrative of a family and the many circumstances that a husband and wife have to deal with.

After one of the couple’s feuds spirals out of control, the unsettling inner workings of a dysfunctional marriage reveal themselves in unexpected ways.

Trance is about Viju Prasad, a motivational speaker, and his life story. Fahadh Faasil, who plays Viju Prasad, is believed to be portraying five distinct stages of his character’s life in the film, which was shot over the course of two years. The film, directed by Anwar Rasheed, was shot entirely utilising sync sound technology.

In Ayyappanum Koshiyum, a conflict occurs between Koshi and Ayyappan accidentally. Ayyappan who works at the Attappadi police station, and Koshi, who arrives in the village with a purpose. Prithviraj Sukumaran plays Havildar Koshi Kurian in the film, while Biju Menon plays Ayyappan Nair, a senior police officer. Director Sachy wrote the scenario for the film, which centers on a confrontation between a senior police officer assigned to the Attappadi police station and a former army veteran who visits the hamlet.

Anjaam Pathira, one of the best Malayalam Thriller Movies of 2020 directed by Midhun Manuel Thomas revolving around a serial killer who targets policemen. Anwar Hussian (Kunchako Boban), a psychologist gets involved in the mystery with the help of his friend Anil (Jinu Joseph) Who is a cop. Finally, they can hunt down the motive and the life of the killer.

There are 46 movies released in Malayalam during the year 2020. If you are going to check the IMDb rating you can see movie movies with higher ratings. But we have listed these eight movies no only on the basis of IMDb rating only. Many other factors have been considered by us. Think you have enjoyed the best Malayalam Thriller Movies of 2020 list.